Vaid was a leader in several LGBTQ+ and other social justice organizations as well as an award-winning author.

This article first appeared in The Advocate. You can read the original story here.

Longtime activist Urvashi Vaid, a leader of many LGBTQ+ and other social justice organizations, has died at age 63.

Vaid died Saturday at her home in New York City, according to the National LGBTQ Task Force. Vaid was executive director of the group, then known as the National Gay and Lesbian Task Force, from 1989 to 1992. Before that she was its media director.

In 1990, as its executive director, she made a statement at President George H.W. Bush’s speech on AIDS with a sign: “Talk Is Cheap, AIDS Funding Is Not.” Her critique made waves, disrupting the press conference and shedding light on the failures of the Bush administration.

Her time at the Task Force “saw her bring all aspects of queer life and struggle into the public eye,” the group’s press release notes. She cofounded its Creating Change conference, now in its 33rd year.

“We are devastated at the loss of one of the most influential progressive activists of our time,” Kierra Johnson, current executive director of the National LGBTQ Task Force, said in the press release. “Urvashi Vaid was a leader, a warrior, and a force to be reckoned with. She was also a beloved colleague, friend, partner, and someone we all looked up to — a brilliant, outspoken, and deeply committed activist who wanted full justice and equality for all people.”

“Her leadership, vision, and writing helped shape not only the Task Force’s values and work but our entire queer movement and the larger progressive movement,” Johnson added. “We will strive every day to live up to her ideals and model the courage she demonstrated every day as an activist and a person. She will be deeply missed. I miss her already.”

Other major LGBTQ+ groups are mourning her as well. “Urvashi Vaid was a visionary whose leadership and analysis inspired a generation of LGBT activists, including myself,” said a statement from Kevin Jennings, CEO of Lambda Legal. “Urvashi’s intersectional approach to liberation made the necessary connections between issues of sexual orientation, gender identity, race, gender, class, and other systems that interact to create a system of oppression that harms us all. A thinker, an organizational leader, a mentor, and an eloquent writer and speaker, Urvashi was a pioneer whose contributions to our movement have transformed our world. This is an enormous loss for our community.”

“The world has lost a giant in the movement for LGBTQ freedom, justice and equality.  After a valiant battle with cancer, Urvashi Vaid died today,” said a statement from Los Angeles LGBT Center CEO Lorri L. Jean.

“I first met Urv in the early 1980s when we were both young attorneys and lesbian activists in Washington, D.C. As we became friends and, eventually, colleagues, I admired her leadership and all that she accomplished, both within and outside of our movement—  for queer people, for women, for people of color and against poverty.  She continued her work to advance equity and justice until the very end.

“I’ll always be grateful to Urv for being one of the people who encouraged me, back in 1992, to accept the job running the Los Angeles LGBT Center.  And when the National LGBTQ Task Force faced severe financial challenges in 2001, she played the key role in recruiting me to step in and help turn things around, lending her support every step of the way.

“Over the years, we spent many an hour laughing and scheming about ways to advance the causes we cared so deeply about.  Urvashi was a visionary.  But she was so much more:  brilliant, hilarious, charismatic, loving, determined and, above all, courageous.  She made life better for all of us.  Our community and our nation owe her an enormous debt of gratitude.  Our hearts go out to Urvashi’s wife, Kate Clinton, and to everyone who loves her.  If there’s a heaven, Urv is already organizing the angels.”

Vaid, a graduate of Northeastern University School of Law and Vassar College, began her career as a staff attorney at the National Prison Project of the American Civil Liberties Union, where she initiated the group’s work on HIV and AIDS in prisons.

Her time at the Task Force “saw her bring all aspects of queer life and struggle into the public eye,” the group’s press release notes. She cofounded its Creating Change conference, now in its 33rd year.

Vaid was executive director of the Arcus Foundation, a global funder of LGBTQ social justice and great ape conservation, from 2005 to 2010.  She was deputy director of the Governance and Civil Society Unit of the Ford Foundation from 2001 to 2005, and served on the board of the Gill Foundation from 2004 to 2014. In 2012, she launched LPAC, the first lesbian super PAC, and it has since invested millions of dollars in candidates who are committed to social justice through legislation.

She was most recently president of the Vaid Group, a social innovation firm that works with global and domestic organizations to advance equity, justice, and inclusion. She was cofounder of the Donors of Color Network, the first cross-racial network connecting individuals of color to leverage their giving for racial equity, and of the National LGBTQ Anti-Poverty Action Network, the National LGBT/HIV Criminal Justice Working Group, the Equality Federation, the National Religious Leadership Roundtable. She was a leader in the development of the currently ongoing national LGBTQ women’s community survey.

She had been senior fellow and director of the Engaging Tradition Project at Columbia Law School’s Center for Gender and Sexuality Law, exploring how tradition-based resistance inhibits projects to advance gender, sexual, and racial equity. Before that, she was senior fellow at the Social Justice Sexuality Project at the Graduate Center of the City University of New York.

She also was an award-winning author and researcher. Her published work includes books, reports, articles, and columns; for several years she was a columnist for The Advocate. She authored the books Irresistible Revolution: Confronting Race, Class and the Assumptions of LGBT Politics (2012), and Virtual Equality: The Mainstreaming of Lesbian and Gay Liberation (1996). She coedited an anthology with John D’Emilio and William Turner, titled Creating Change: Public Policy, Sexuality and Civil Rights (2000).

In Virtual Equality, “she criticized the idea of ‘mainstreaming’ what was and is, in fact, a civil rights movement,” the Task Force press release notes. “Rather than tolerance, she argued, the objective for the movement should be fundamental, actionable change. It was not an immediately popular notion, as media representation for queer people was just beginning to take shape, though it was, for her, of great moral importance.” Virtual Equality won the Stonewall Book Award in 1996.

Vaid was the aunt of activist and performance artist Alok Vaid-Menon, who survives her, along with her longtime partner, political humorist Kate Clinton. 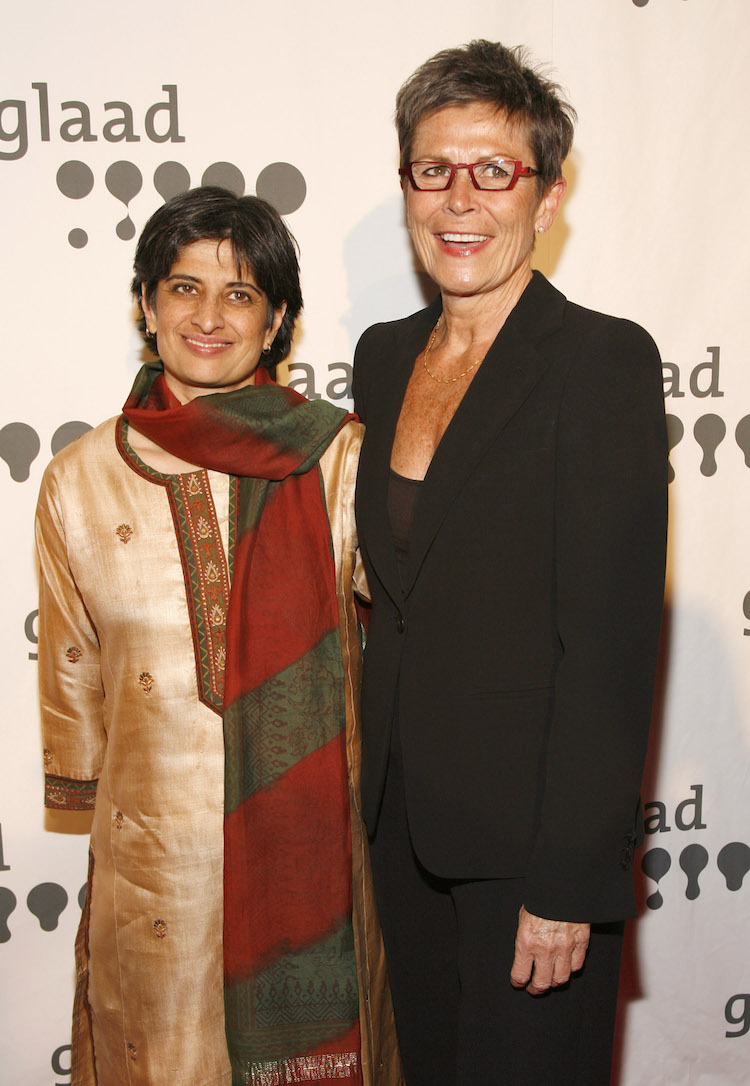 Vaid and Kate Clinton at the 2007 GLAAD Awards/Getty Images 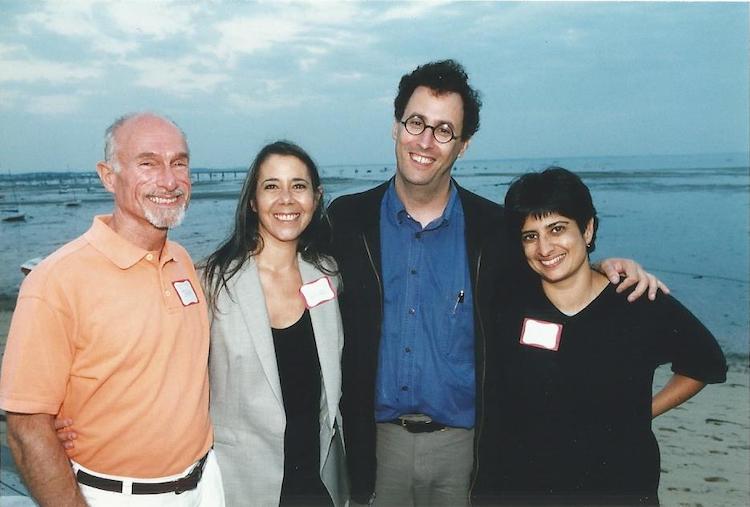 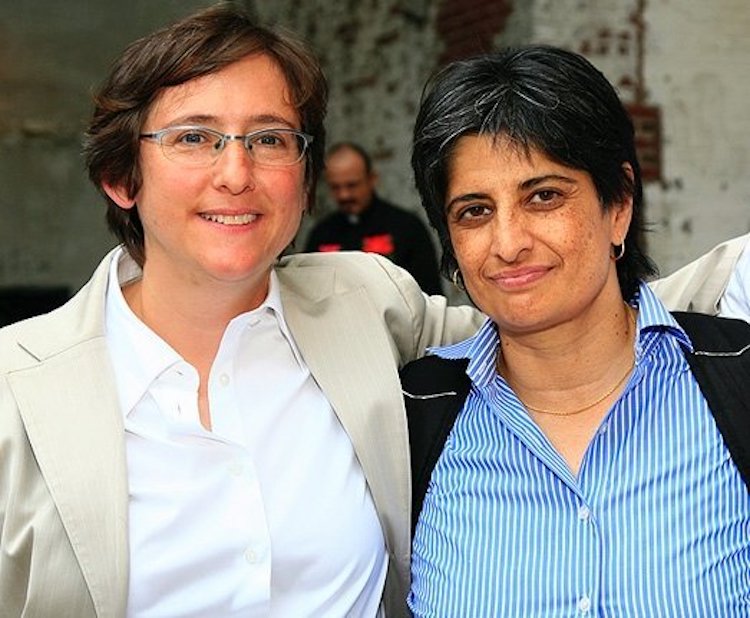 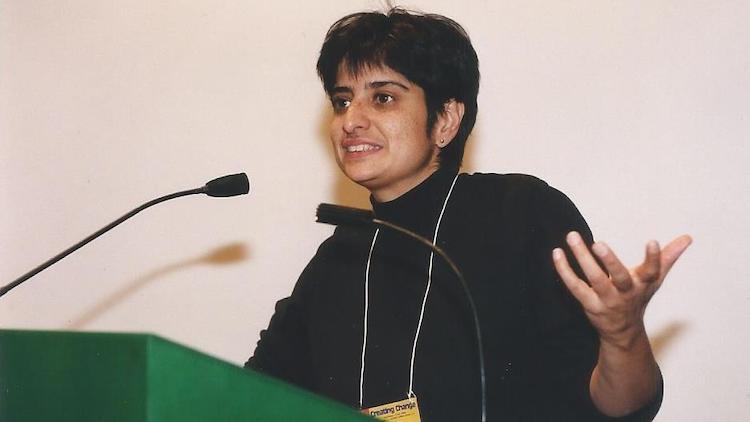 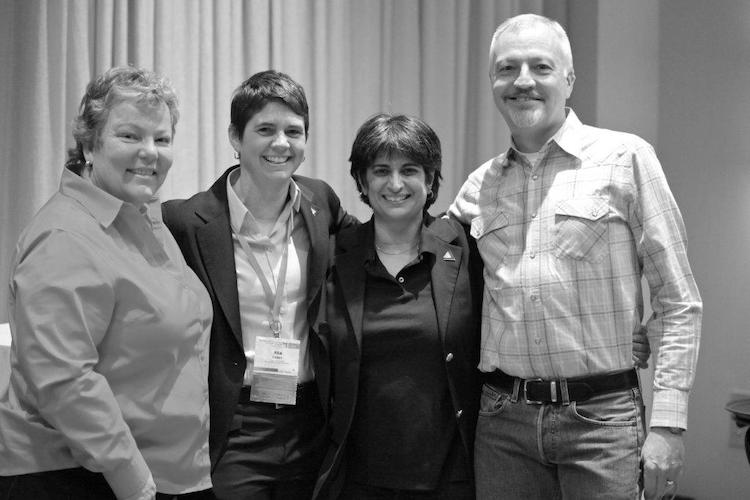